The urban woman is…

Origins of the Urban Style

In fashion history, individuality or stylistic rebellion were two traits sought by minorities, artists, and thinkers; especially the privileged and upper classes. Either you had power and wealth to differentiate yourself and earn respect from your peers (and not be treated as an outcast) or you had a lot of personality but only displayed it in small circles and secretly. 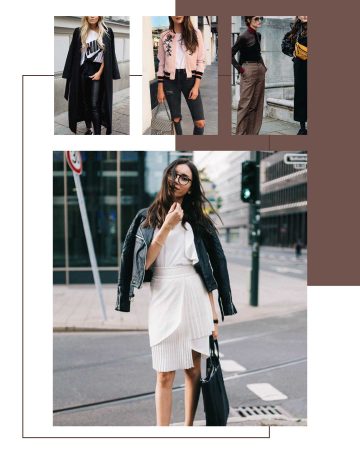 The urban style dates back to the 50s, in the United States, and was heavily influenced by film. Take for example the iconic movie “Rebel Without a Cause”, it reflected the non-conformity of youth with the status quo. Its protagonist, James Dean, was the incarnation of that urban rebel, sporting perfectly coiffed hair and a look that didn’t seem to care about anything but being “cool.”

Generally speaking, this style is laidback and is influenced by the local urban scene, political events and, of course, music. Urban clothing has important roots in hip hop & rap music and was popularized by artists like Run DMC, TLC, LL Cool J.

Today it incorporates other music genres and countercultures like punk, rock, grunge and also sportswear trends. It’s free and cosmopolitan, embraced by a young generation with a thirst for individuality and self-expression.

How to dress to ace the urban style look

The trick to a cool street outfit is playing with oversized shapes, menswear and sportswear and mixing it up with classic pieces and basics. This style has been evolving at a frenetic pace, so if you forget about the latest trends for a moment, there are several essentials you can adopt to achieve great urban looks:

Oversize, with a graphic or slogan, sports logos and more. What does a rebel do but claim (consciously or unconsciously)?

In all categories of clothing, colours and washes, ripped or classic, denim is comfy, timeless and versatile. It needs no advertising!

Especially in the form of a perfect biker jacket; think Marlon Brando in “The Wild One”.

Go beyond jackets.Try leather or a waxed finish in the form of leggings, jeans, shorts, midi skirts, mini, vests, etc. It’s a classic and timeless material that will add that rebellious touch to office outfits and more.

There are also synthetic alternatives with leather-like finishes, durability and great styles, in case the real deal is not for you.

Zippers, pockets, inlays, buckles, belt loops, etc. All of these add to the urban feel. Also finishes like the faded effect, aged or interventions such as painting, customizations and editing are another emblem of this style.
Prints like camouflage, animal print, tartan.

A sports shoe or military boots will transform even the most classic styling. There are countless versions of these, so you’re sure to find many favourites.

YES TO
NO TO

What is the Boho /Bohemian Style and how do I wear it?

What is casual wear?

What is the minimal style?