What is the minimal style?

Less is more. This is the phrase that rules the look of this style. Go back to the basics and get rid of unnecessary ornamentation and decorations to let the quality of the fabrics, neutral colours and simple cuts take centre stage.

The minimalist woman is 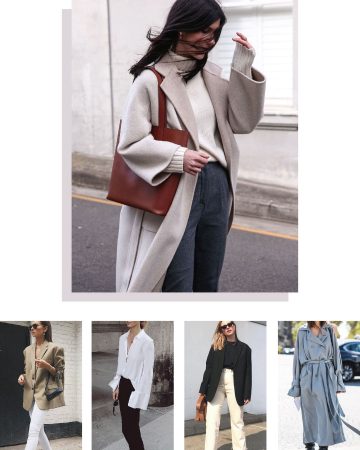 The origins of the minimalistic style

After several decades of excesses and eccentricity in fashion with over the top shapes and trends, the 90s gave way to a new and clean aesthetic. The new styles focused on the purity and simplicity of geometric lines and proportions, simple cuts and balanced silhouettes.

Some of the first minimalist fashions began to emerge in the late 80s thanks to great Japanese designers like Yohi Yamamoto and Rei Kawakubo. They both favoured total black looks, garment deconstruction and a clean focus on the oversized silhouette. The purity of the lines and its unabashed simplicity characterize the traditional concept of Japanese beauty.

Minimalism is inspired by a cosmopolitan woman who seeks functionality and practicality without giving up sophistication. For instance, there is a clear nod to this that went viral in the New York of the 90s: women showing up in impeccable office looks wearing trainers and switching to stilettos before entering the workplace.

These women matched their masculine suits, which consisted of jackets and oversized and asymmetric cuts with impeccably clean dresses, skirts and even jeans.
The first, was characteristic of the European minimalist designers while the jeans at the workplace idea was pushed by American designers who created the perfect casual wardrobe for the American urban girl.

When leaving the excesses on the side, cuts and quality of fabrics become key:

How to wear the minimalist style?

A must-have in the wardrobe of every woman.

A timeless garment with infinite possibilities. Opt for a different twist with s details on the buttons or its fabric instead of the rigid, fitted version.

The perfect garment to elevate a t-shirt & jeans outfit. Choose a neutral tone with a straight cut that provides versatility

An iconic fashion item of the 90s that should not be missing in your wardrobe. Try one with a bias cut to further enhance your silhouette.

A fitted jumper is a basic that works perfectly with wide trousers to create a contrast of volumes.

Thanks to the power-dressing trend linked to minimalism, the masculine office jacket will make you feel sexy and sophisticated.

It’s that simple. Get it in white, grey or black.

Soft and with little volume to make layering with shirts and jumpers easy and stylish.

A comfortable and easy to wear garment that only needs the right footwear to yield impressive results.

An essential elegant piece that plays with the notion masculinity that characterizes the minimal style.

The black and white mix

Jewellery in gold tones with an arty touch and simple, quality bags that stand out for their special and different designs.

Weird and different footwear becomes something sophisticated thanks to minimalism today. Think Marni’s fussbett sandals, for example. The squared shape and simplicity adds to the sophistication of the look.

Dos and Don’ts of the Minimal style

What is rock style ?

20 January, 2021
Comments
Kim Skilling;
I like the minimal bright look and also like flower print I am willing to try different things as seem to be stuck in a rut of jeans and T-shirt most days

On our website we use our own and third-party cookies to offer you a better online experience. By browsing our website you are accepting the use of cookies.
Refresh your style
Unbox your style with your own Personal Shopper
TRY LOOKIERO